We design software that enables our collaborators to easily harness large scale distributed systems such as clusters, clouds, and grids. We perform fundamental computer science research that enables new discoveries through computing in fields such as physics, chemistry, bioinformatics, biometrics, and data mining. 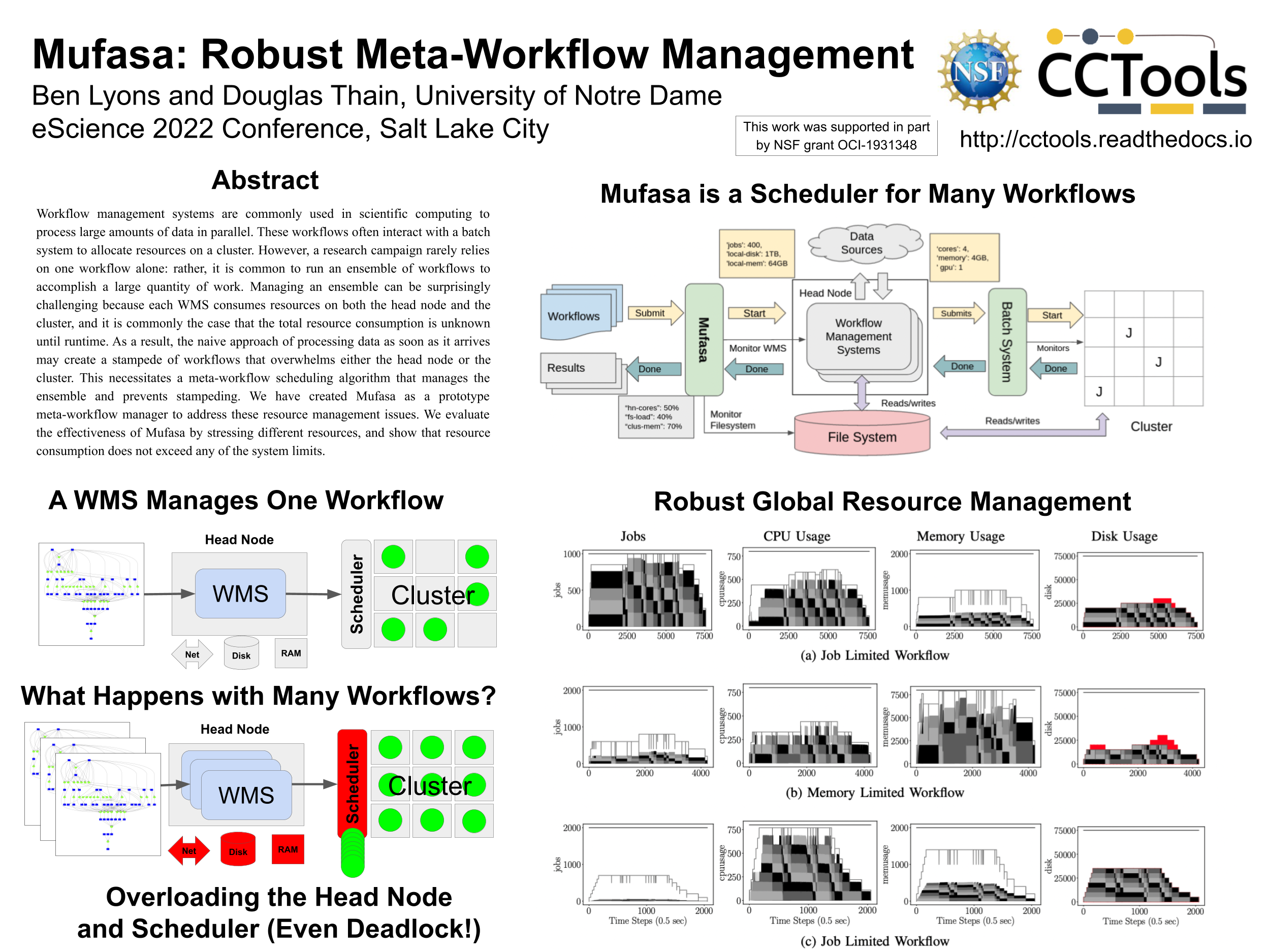 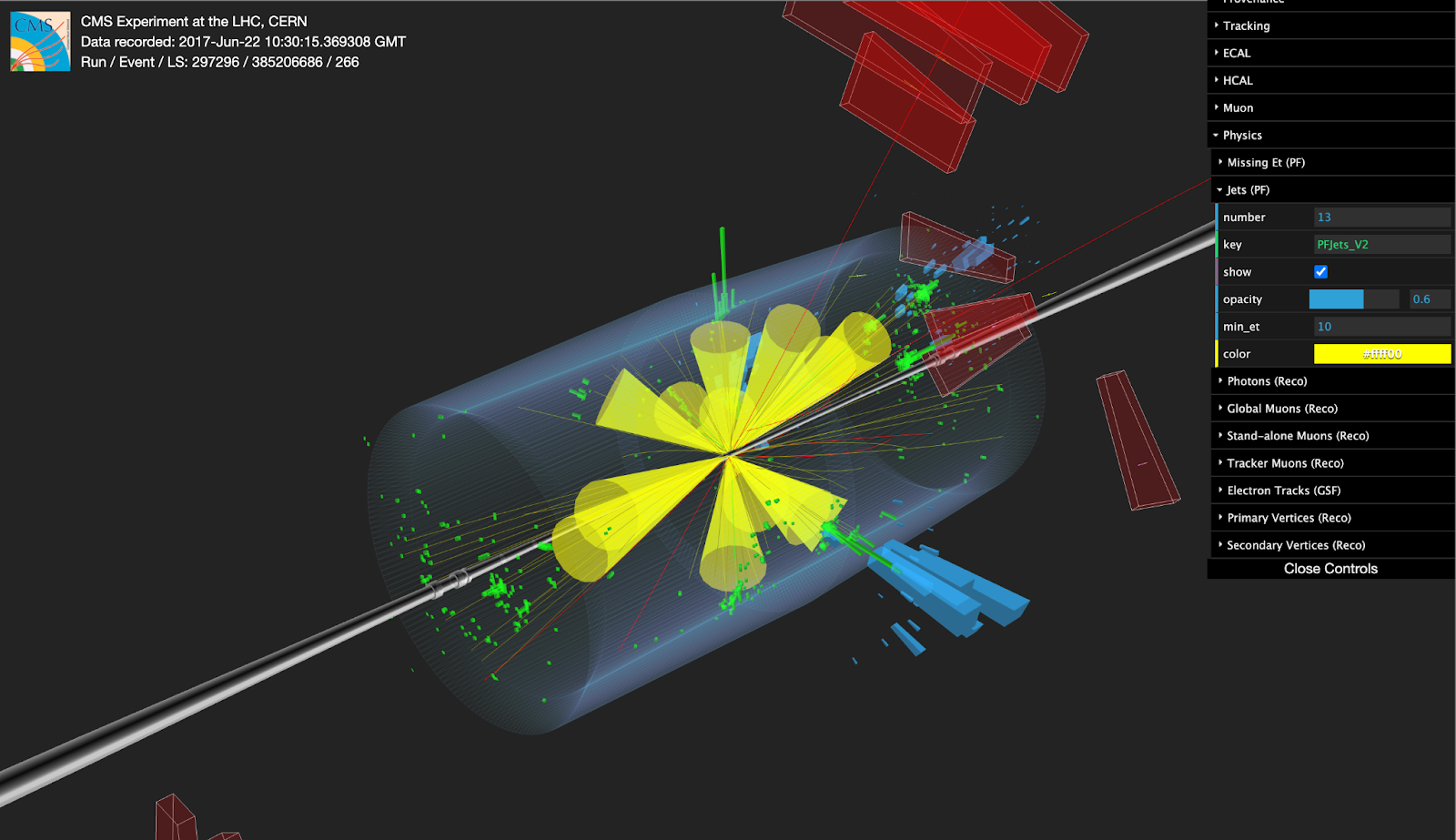 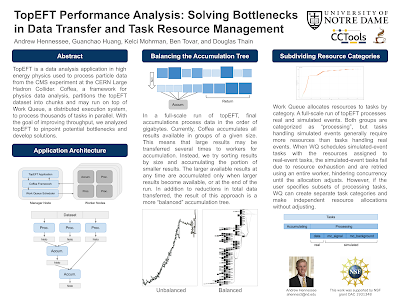 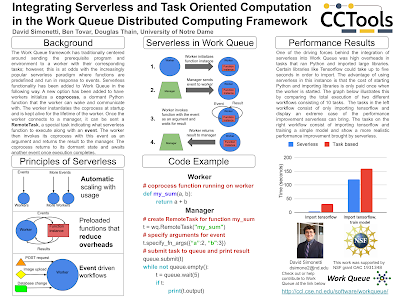 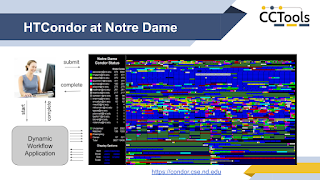 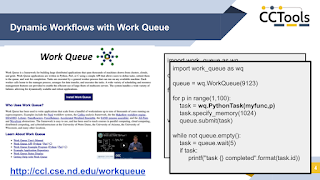 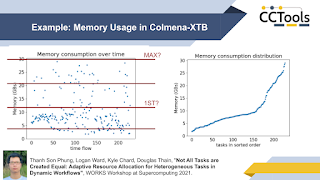 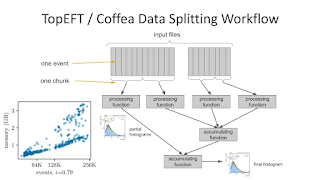 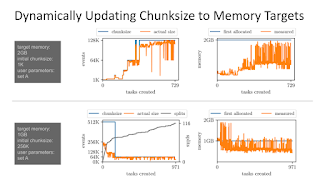 The undergraduate Programming Paradigms class at the University of Notre Dame introduces undergraduate students to a variety of parallel and distributed programming models. Work Queue is used as an example of large scale distributed computing. Using a solar system simulator developed in a previous assignment, students were tasked with splitting a trajectory of the planets' positions into individual frames, populating POVRay scene files, rendering the scenes in a distributed manner using Work Queue, and combining the frames into a movie using ImageMagick. Since the students had used Python extensively, they found it very easy to write a single Work Queue master using the Python bindings. Several of the students went above and beyond the requirements by adding textures to the planets and animating the movement of the camera. The students really enjoyed the assignment while learning about the advantages and pitfalls of distributed computing.